Within FOUR reviews of hitting 3,500 reviews on @bookcameo That’s THREE TIMES MORE than ANY other wrestler or athlete - including MLB, NBA, NFL, UFC, etc. If you’d like to help me hit that goal - and give someone a heck of a gift, go to http://cameo.com/events pic.twitter.com/Tjx8lK5EMg 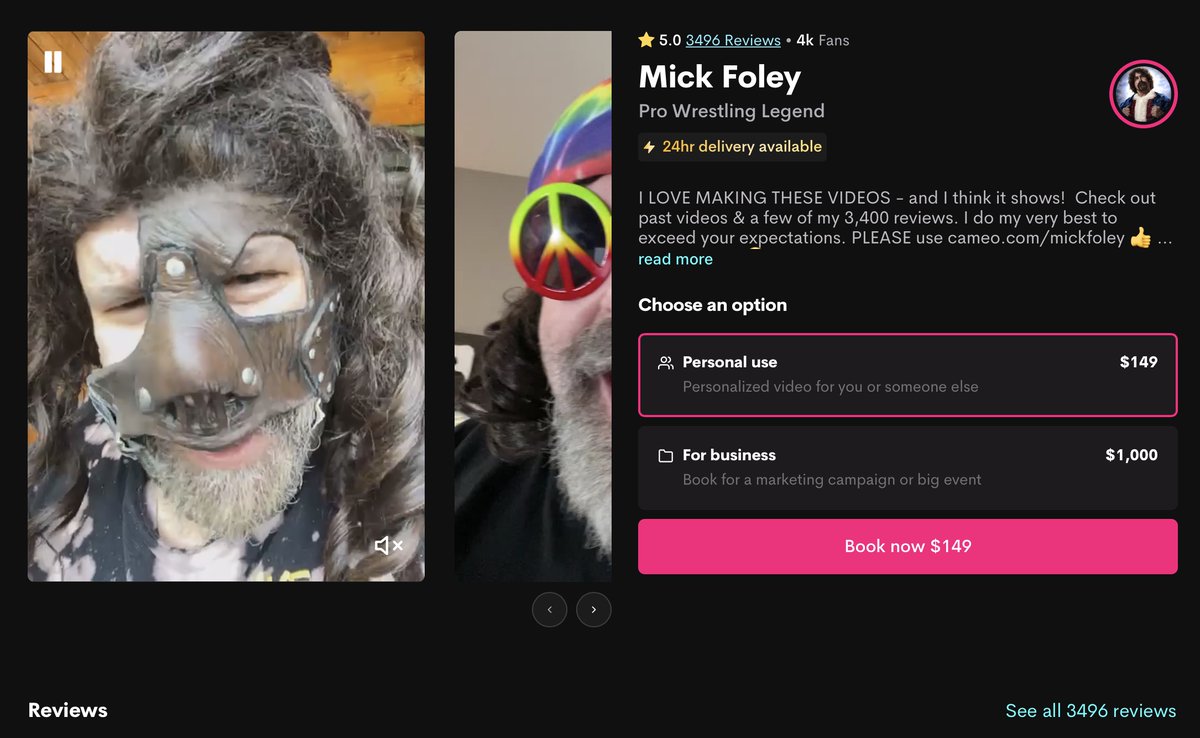